Pink Salt Vs Table Salt: When it comes to the type of salt to use, there’s always a doubt between refined salt or regular table salt and Himalayan salt (famously known as pink salt). Some believe normal table salt is enough and others believe pink salt is healthier. Not only do they differ in taste and texture, but also mineral and sodium content.

Read on to know the key differences between regular Table salt and Himalayan salt(Pink Salt Vs Table Salt). This article helps you to decide which is a healthier choice for you.

What Is Salt And What Contains In It?

Salt is a mineral primarily composed of sodium chloride (NaCl) and is crystalline in nature. Solid salts are present in large quantities in seawater. The ocean has about 35 grams of salts per liter of seawater, a salinity of 3.5%.

Salt is mainly processed from salt mines, and by the evaporation of seawater. Salt is one of the world’s most important ingredients for cooking and for preserving food. It makes the food tastier. Without salt, many meals go tasteless.

Salt (Sodium) also plays an important role in several biological functions in the body. For this reason, it’s necessary to have salt in your diet.

In recent times, it is widely used in the chemical industry and has been used in dyeing, bleaching, pottery, soap products, and chlorine production. Even though all salts contain sodium chloride (NaCl), not all salt is created equal. They differ by texture, taste, and mineral content.

There are many varieties of salts in the world to choose from. Now, let’s discuss the one among the top 100 most googled health questions.

Table salt is very inexpensive and is considered the standard choice that you’ll find in most houses. Most table salt is mined and extracted from natural deposits and heated to 1,200°F. During the process majority of the impurities and minerals are separated.

Table salts usually 97 to 99 percent pure sodium chloride, with some added anti-caking agents, and added iodide, because this essential nutrient can get removed during the purification process. Table salt has the highest sodium content of all types of salts. The anti-caking agents are added to avoid clumps from forming.

Himalayan pink salt is a type of salt that’s naturally pink in color and mined near the Punjab region of Pakistan. Himalayan salt typically comes in larger granules. It is mainly mined from the Khewra Salt Mine, which is one of the largest and the oldest salt mines in the world.

Himalayan salt’s pink color comes from the iron oxide, present in trace amounts. Iron oxide is the same compound found in rust. The salt is hand-extracted from the mines and minimally processed.

This allows the salt to be much more natural and possess many other minerals and trace elements than table salt. Pink salt is free of additives and it also has very small amounts of calcium, iron, potassium, and magnesium, making it slightly lower in sodium and iodine than refined salt (regular table salt).

Even though pink salt is more natural than refined salt, the impact on your health is very minimal. A report says that pink salt has 84 different minerals and trace elements in very negligible amounts. I.e., only 1-2% of the salt. Hence, the main difference is simply the color, which can make any dish visually appealing and have similar health benefits.

Which Is Better For Your Health?

Pink Salt Vs Table Salt: Both Pink salt and Table salt have sodium content in it. The minerals and trace elements in the pink salt constitute only  1-2% of the salt, which is very negligible and can not really consider.

The only difference between pink salt and regular table salt is the color, which can make any dish visually appealing and studies proved that both have similar health benefits. You should only be concerned about salt intake. Sodium is directly related to water retention.

The more salt you take, the more fluids you retain, and it is harder for your heart to process these fluids, which can increase blood pressure and may also result in heart problems. Your health will be at risk if you eat a lot of High-salted snack foods, canned and instant soups, processed meat, pickled foods, and soy sauce irrespective of the type of salt.

Still, there are some benefits to swapping salts occasionally. Pink salt looks pretty and tasty as well and is less in iodine and sodium content. If you have an iodine deficiency, it is preferable to consume regular table salt over Himalayan pink salt.

Handpicked Related Posts  How to grow taller after 18? is it possible?

The cost of pink salt is higher than regular table salt. If you keep an eye on your overall sodium consumption, it is not necessary to switch to pink salt. 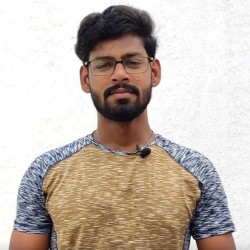 Mujja Saikumar, founder of The Muscly Advisor is an Aeronautical engineering graduate formed an obsession with fitness and helping people to clear all the health and fitness-related doubts through Blogs, videos, and social media. Instagram | Facebook | Twitter

The Muscly Advisor is all about Health tips, Fitness tips, Nutrition facts, Diet planning, Workouts for beginners, myths, and facts about Health.